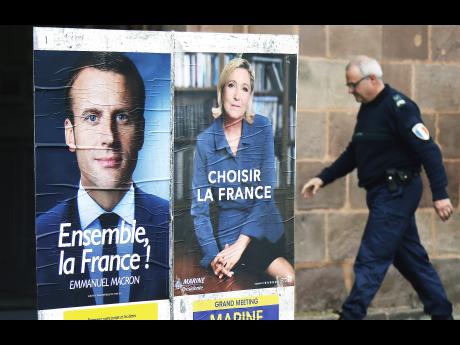 The election commission met early yesterday after reports of the hacking attack emerged just before midnight last Friday, when a mandatory pause in campaigning is required.

The commission urged French media and citizens "not to relay" on the leaked documents "in order not to alter the sincerity of the vote".

French electoral laws impose a news blackout yesterday and most of today on any campaigning and media coverage seen as swaying the election.

The perpetrators of the hacking attack remain unknown and it's unclear whether the document dump would dent Macron's large poll lead over Le Pen going into the vote.

Fears of hacking and campaign interference have simmered throughout France's high-stakes, closely watched campaign and boiled over last Friday night as Macron's team said it had been the victim of a "massive and coordinated" hack.