Indonesia: About 200 still at large two days after jailbreak 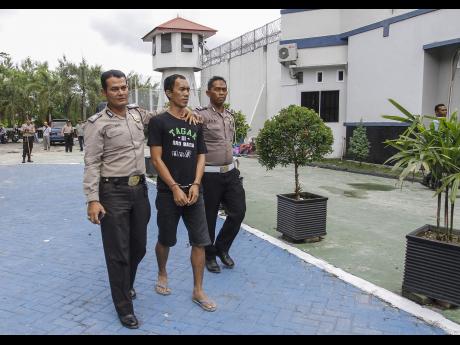 AP
Police officers escort a captured inmate following a prison break at the Sialang Bungkuk Prison in Pekanbaru, Riau province, Indonesia, Saturday. Indonesian authorities are searching for hundreds of inmates still at large after a jailbreak at the overcrowded prison on Sumatra island Friday. 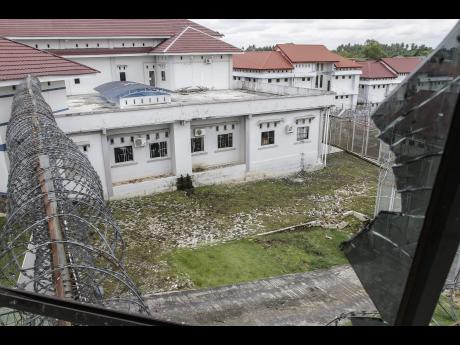 AP
Prison buildings are seen through a broken window at Sialang Bungkuk Prison in Pekanbaru, Riau province, Indonesia, on Saturday. Indonesian authorities are searching for hundreds of inmates still at large after a jailbreak at the overcrowded prison on Sumatra island Friday.
1
2

Indonesian authorities said about 200 inmates remained at large two days after a mass escape from an overcrowded prison on Sumatra island.

The prison break on Friday occurred when prisoners were let out of their cells at Sialang Bungkuk Prison in Pekanbaru, the capital of Riau province, to perform prayers. They broke through a prison door, overwhelming the few guards on duty.

Local police chief Susanto, who goes by one name, said 242 men were recaptured by Sunday morning, leaving about 200 still at large.

Authorities were initially uncertain about how many prisoners had escaped from the prison, estimating the numbers at between 100 and 300.

Police said some of the men surrendered or were returned by their families while others were captured by residents, police and soldiers.

Various officials have said the prisoners were angry at poor conditions and treatment. The prison has a capacity of about 360, but, according to local police spokesman Guntur Aryo Tejo, it is holding more than 1,870 men.

Tejo said four of the recaptured inmates were apprehended by police late Friday about 100 kilometres (62 miles) from the prison on a bus heading for neighbouring West Sumatra province.

Hundreds of police and soldiers have been deployed since Friday in the hunt for the prisoners.

Jailbreaks are common in Indonesia, where overcrowding has become a significant problem in prisons that are struggling to cope with poor funding and an influx of people arrested under a war on drugs.

Friday's escape was the biggest since July 2013, when about 240 prisoners, including several convicted terrorists, escaped following a deadly riot at a prison in Medan, the capital of North Sumatra province.