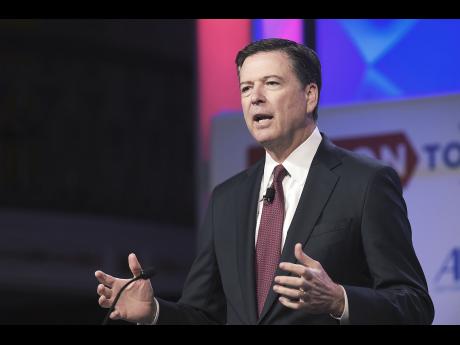 AP
In this photo taken May 8, FBI Director James Comey speaks in Washington.

The officials say Comey told lawmakers he had made the request to Rod Rosenstein, the deputy attorney general.

The Justice Department is denying that Comey asked for more resources.

The White House has wielded a critical memo from Rosenstein to justify President Donald Trump's decision to fire Comey on Tuesday. Rosenstein's memo focused only on Comey's handling of last year's investigation into Democrat Hillary Clinton's email practices. It does not mention the Russia investigation.

The officials were not authorised to disclose the meetings publicly and insisted on anonymity.

NOT DOING A GOOD JOB

President Trump says that Comey "was not doing a good job". It was Trump's first public remarks about his firing Tuesday of the FBI chief.

Trump briefly spoke to reporters in the Oval Office yesterday after a closed meeting with Russia's foreign minister, Sergey Lavrov. His remarks come as the White House is defending the decision to dismiss Comey. Administration officials have said the firing was not related to the investigation into possible contacts between the Trump presidential campaign and Russia.