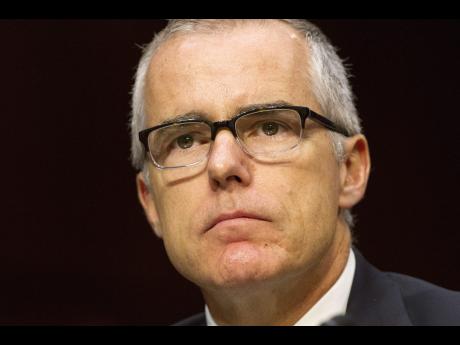 Since President Donald Trump's surprise ouster of Comey on Tuesday, the White House has justified his decision, in part, by saying that the director had lost the confidence of the rank and file of the FBI as well as the public in general.

"That is not accurate," McCabe said in a response to a senator's question about the White House assertions. "I can tell you also that Director Comey enjoyed broad support within the FBI and still does to this day."

The firing of Comey left the fate of the FBI's probe into Russia's election meddling and possible ties to the Trump campaign deeply uncertain. The investigation has shadowed Trump from the outset of his presidency, though he has denied any ties to Russia or knowledge of any campaign coordination with Moscow.

"You cannot stop the men and women of the FBI from doing the right thing," he declared. He said there has been no interference so far.

Trump, in a letter to Comey dated Tuesday, contended that the director had told him "three times" that he was