Ambitious plan to save New Zealand birds: Kill every rat 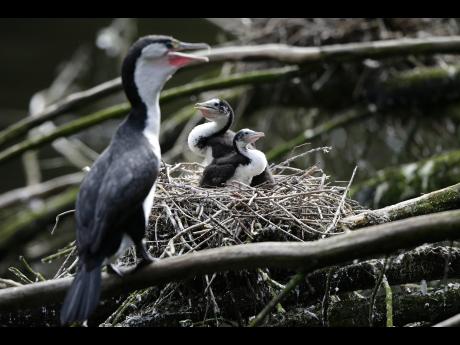 Mark Baker
Two shag chicks sit on a nest with their mother at Zealandia in Wellington, New Zealand. 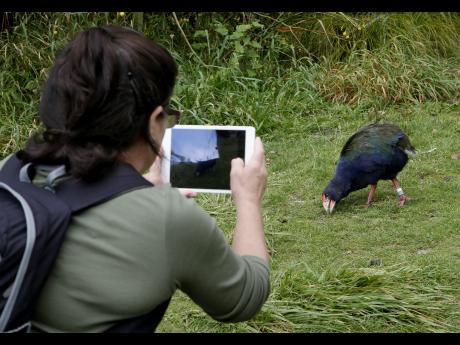 Mark Baker
A tourist films a takahe at Zealandia in Wellington, New Zealand. 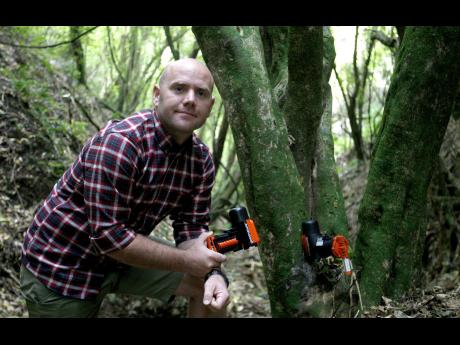 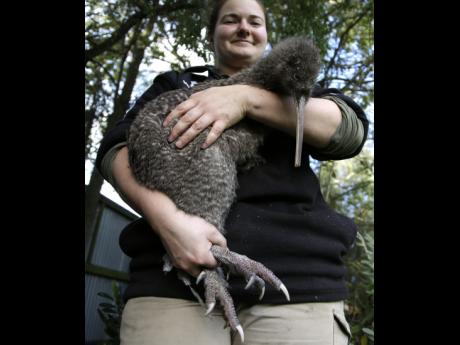 New Zealand has set itself an environmental goal so ambitious it's been compared to putting a man on the moon: ridding the entire nation of every last rat, opossum and stoat.

The idea is to give a second chance to the distinctive birds that once ruled this South Pacific nation. When New Zealand split away from the supercontinent Gondwanaland 85 million years ago, predatory mammals hadn't evolved. That allowed birds to thrive. Some gave up flight altogether to strut about the forest floor.

Then humans arrived, bringing predators with them. Rats stowed away on ships. Settlers introduced opossums for the fur trade and weasel-like stoats to control rabbits. The pests destroyed forest habitats and feasted on the birds and their eggs. More than 40 species of birds died out and many others remain threatened, including the iconic kiwi.

Now people want to turn back the clock. Yet the plan sounds impossible. How do you kill millions of vermin across a country that's the size of the United Kingdom? How do you ensure a few furtive rats won't undo all the hard work by surviving and breeding?

Scientists are talking about the mission in military terms: choking off pests on peninsulas and then advancing the front lines from there; developing new traps and genetic weapons; winning the hearts and minds of children and farmers alike.

Momentum began growing five years ago when the nation's leading scientist, Sir Paul Callaghan, delivered an impassioned speech. When it comes to heritage, he said, England has its Stonehenge, China its Great Wall, France its Lascaux cave paintings. What makes New Zealand unique, he asked? Its birds.

Callaghan was suffering from advanced cancer and could barely stand. But for over an hour he outlined his predator-free vision, saying how growing up he was inspired by efforts to reach the moon and how saving the birds could become New Zealand's own Apollo program. He died a month later, but the vision grew.

Nine months ago, it became official government policy. Then-Prime Minister John Key announced a goal to wipe out the nuisance animals by 2050, calling it the "most ambitious conservation project attempted anywhere in the world."

The goal has been embraced by many, although even its strongest supporters say it will require scientific breakthroughs. Some critics argue the plan should also have targeted feral cats or worry mice numbers might explode if rats disappear. Others say the effort is underfunded and overly ambitious.

"It's a fantasy science fiction," says Wayne Linklater, a wildlife biologist at the Victoria University of Wellington. "And it really is seriously distracting us from some really big changes and improve-ments we can make in biodiversity and the environment now."

The number of pests in New Zealand is many times larger than the human population of nearly 5 million. Opossum numbers in 2009 were estimated at 30 million. Scientists can't hazard a guess at how many rats there are because their numbers fluctuate wildly.

So far, the government has committed only a few tens of millions of dollars toward the project, which is estimated to cost billions. Officials say more money will come from local authorities and philanthropists.

The Goodnature company in Wellington is coming up with its own innovations. It has developed traps that use pressurized carbon dioxide to reset themselves. Left alone, one trap can kill 24 rats over six months.

Robbie van Dam, a company founder, says that cuts down on the expense of employing trappers, which is particularly useful in remote areas. Van Dam says the company is now investigating the use of drones to help place traps.

Other pest control methods have proved contentious, including use of the poison 1080, sodium fluoroacetate. Hunters say the toxin sometimes kills their dogs, and animal advocacy groups say it's inhumane.

Conservation Minister Maggie Barry says a benefit of wiping out pests would be ending the use of such toxins. She says taxpayers stand to save tens of millions of dollars a year that's spent on pest control.

Barry looks about the Zealandia sanctuary in Wellington, where raucous kaka parrots and fidgety saddlebacks are among the rare birds protected from predators by a specially designed fence that stretches for miles. She says she hopes one day the whole country will look, and sound, as idyllic.

"The momentum has been fantastic," Barry says. "Street by street, town by town, city by city, we will join forces and achieve this thing."