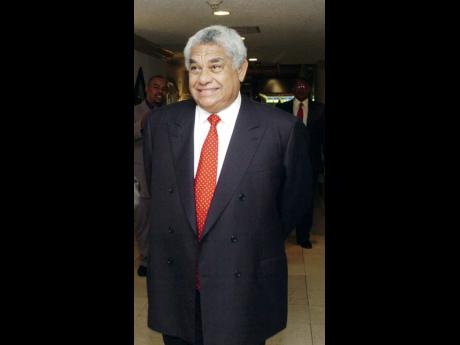 The Colonial Life Insurance Company (CLICO) says it has a plans to pay back the government billions of dollars spent in bailing out the financially troubled regional insurance giant.

Finance Minister Colm Imbert told Parliament during the mid-year review of the budget that the government had so far spent $20.3 billion on the 2009 CLICO bailout.

He also said that overall the government could be owed as much as TT$27.7 billion.

However, former Clico Chairman Lawrence Duprey, in a statement to the Trinidad Guardian newspaper, said the company's shareholders have submitted a plan to repay the government in full and the government has letters to this effect.

"Government is fully aware the shareholders' agreement has expired but is continuing to operate without consulting the shareholders. The time has come to end this colossal disaster and remove this burden from the public's neck," he said.

Duprey said the government's "determination to destroy CLICO and CL Financial is bewildering," adding that the government did not spend $20 billion on "the so called bailout as we know that approximately 15,000 policyholders representing the largest single liability are still waiting to collect their full benefits, having been forced to wait 20 years to be repaid 85 per cent of their life savings."

He added: "Sadly, most of these people will not live to fully enjoy these payments. Yet we're told $3.2 billion has been spent on advisor fees and other costs. This appears to be 'money for the boys' while policyholders languish on the vine."

According to Duprey, the Finance Minister's reference to expenditure is simply a promise to pay in the distant future "in the form of government bonds or some other arcane financial arrangement."

Duprey said that over six months ago, in response to questions raised about the missing $6 billion of statutory funds in the CLICO accounts, the Finance Minister proposed a forensic audit into the affairs of the bailout to date, but the audit has not been forthcoming.

CLICO is part of the CL Financial Group that collapsed in 2009.