Philippines says it learnt of city siege plans in advance 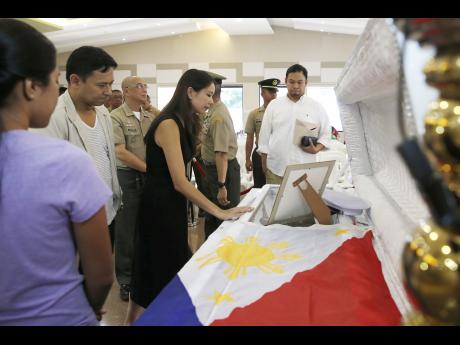 MARAWI, Philippines (AP) The Philippine government learnt days in advance of a plan by Muslim militants aligned with the Islamic State group to lay siege to a southern city, and staged an army raid on a militant hideout that prevented a bigger and deadlier attack, officials said yesterday.

Solicitor General Jose Calida said in a report that the Government received intelligence information at least five days before the militants prematurely launched their bloody assault on Marawi city on May 23 after government forces raided the hideout of militant leaders led by Isnilon Hapilon.

Army troops failed to capture Hapilon in the raid, which sparked a gun battle in a Marawi village, but military officials said the assault forced the gunmen to prematurely start their attack aimed at occupying the Islamic city of more than 200,000 people. The rebel plan was to launch the attack on May 26 or 27, the start of the Muslim holy month of Ramadan in the country's south.

"Specifically, on 18 May 2017, intelligence reports revealed that the Isis-inspired local rebel groups were planning to occupy Marawi city, and to raise the ISIS flag at the provincial capitol," Calida said in a report to the Supreme Court, using an acronym for the Islamic State group.

"The said attack would have served as the precursor for other rebel groups to stage their own uprisings across Mindanao in a bid to simultaneously establish a wilayah in the region," Calida said, referring to the southern Philippine region and the Islamic State province the militants aimed to create there.

Calida defended President Rodrigo Duterte's decision to declare martial law in the entire southern Mindanao region to deal with the Marawi crisis. Opponents have questioned the grounds cited by Duterte for the martial law declaration and asked the Supreme Court to invalidate his action.