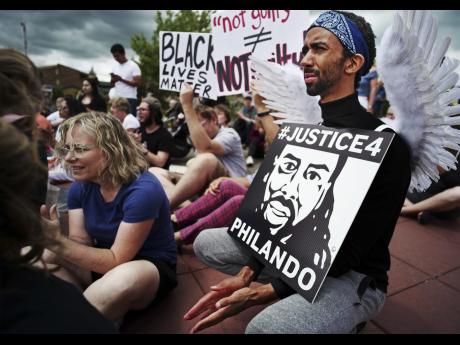 The Minnesota police officer who pulled over Philando Castile politely told the driver that his brake lights were out and calmly instructed him not to pull out his handgun before suddenly drawing his own weapon and firing seven rounds into the car, a video released yesterday showed.

The dashboard video taken from Officer Jeronimo Yanez's squad car illustrated how a simple traffic stop shifted from a routine exchange to a deadly confrontation in an instant.

When Yanez opens fire, another officer near the car jumps back, and Yanez begins yelling at the driver. As more police and an ambulance arrive at the scene, Yanez can be heard breathing heavily and swearing and trying to explain his actions to fellow officers.

The video was made public just days after the officer was acquitted on all counts in the case. Although the squad-car footage has been described repeatedly and was shown to jurors in the courtroom, it had never been made public until yesterday.

The shooting gained widespread attention because Castile's girlfriend, Diamond Reynolds, livestreamed its gruesome aftermath on Facebook. Unlike Reynolds' video, the squad-car video shows the situation's quick escalation and the shooting itself.

Yanez, who was found not guilty of manslaughter and other charges, began firing only seconds after Castile told the officer he had a gun.

"Sir, I have to tell you, I do have a firearm on me," Castile is heard saying.

Before Castile finishes that sentence, Yanez begins pulling his weapon out of the holster. Yanez says, "OK. Don't reach for it then." There is shouting, and Yanez screams "Don't pull it out!" before firing into the car.

Castile, a 32-year-old elementary school cafeteria worker, had a permit to carry his weapon.