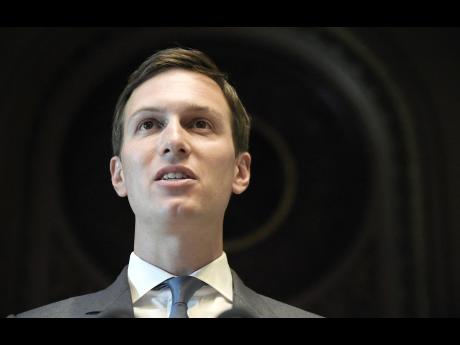 Sitting down with Israeli Prime Minister Benjamin Netanyahu, Kushner and other US officials discussed "potential next steps" to make progress on Trump's goal of "a genuine and lasting peace" between Israelis and Palestinians, the White House said. The meetings are aimed at laying the groundwork for a resumption of negotiations for the first time in three years.

"The United States officials and Israeli leadership underscored that forging peace will take time and stressed the importance of doing everything possible to create an environment conducive to peacemaking," White House spokesman Sean Spicer said.

Kushner, whose family has a long relationship with Netanyahu, met with the Israeli leader in Jerusalem for about three and a half hours before heading to the West Bank city of Ramallah for a late-night meeting with Palestinian President Mahmoud Abbas.

The Trump administration faces the same obstacles that have doomed previous attempts by a string of Republican and Democratic administrations: deep disagreements over key issues such as borders, dueling claims to Jerusalem, and the fate of millions of Palestinian refugees and their descendants.

But Kushner enjoys some advantages that could allow him to make at least some progress. Trump made a successful visit to the region last month and appears to have forged a good working relationship with both sides.