Juror: Cosby panel was concerned about 'politics' of case 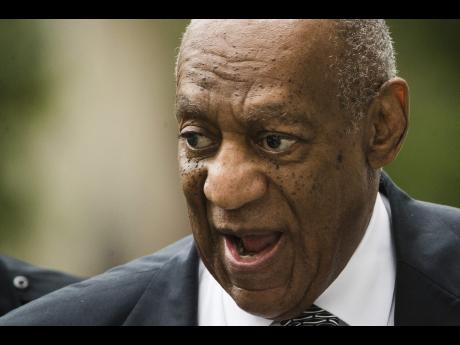 A juror in Bill Cosby's sexual assault trial said Thursday that some jurors were concerned that prosecutors waited 10 years to charge him, expressing suspicion that politics had played a role in the case.

The juror told The Associated Press that the panel was almost evenly split in its deliberations, with a similar number of jurors wanting to convict the 79-year-old entertainer as acquit him on charges he drugged and molested a woman at his Philadelphia-area home in 2004.

He was the second juror to speak out after the jury deadlocked in the case. A mistrial was declared Saturday after 52 hours of deliberations. Prosecutors plan to put Cosby on trial again.

The juror who spoke to the AP questioned the long delay in bringing charges against the TV star, suggesting that "no new evidence from '05 to now has showed up, no stained clothing, no smoking gun, nothing."

In reality, prosecutors reopened the investigation in 2015 after the public release of a deposition that Cosby gave in 2005 and 2006 as part of accuser Andrea Constand's lawsuit against him testimony that hadn't yet been offered when another district attorney passed on the case in early 2005. Prosecutors used Cosby's deposition as evidence at the criminal trial.

The juror spoke to AP on condition of anonymity in order to discuss the sensitive deliberations.

Constand told jurors Cosby gave her pills that made her woozy and then penetrated her with his fingers as she lay paralyzed on a couch, unable to tell him to stop. Cosby has said his encounter with Constand was consensual.

Constand, now 44, initially went to police about a year after she said Cosby assaulted her, but a prosecutor declared her case too weak to bring charges.