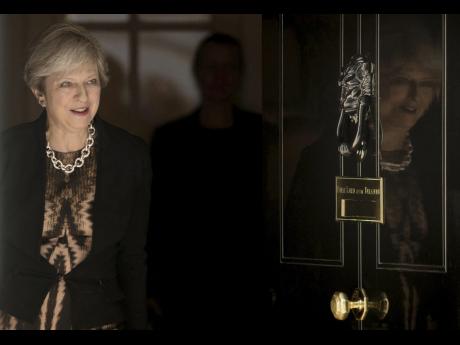 The European Parliament yesterday set itself on a collision course with Britain, making a damning assessment of British proposals on EU citizens' rights after the United Kingdom leaves the European Union.

The legislature indicated it would be using its power of veto on the negotiations if Britain did not become more lenient on the rights of EU citizens living in the country, a further indication of how tough the two-year negotiations are expected to become.

In a letter sent on Monday to EU chief negotiator Michel Barnier, the group said EU citizens in Britain would be looking at "nothing less than relegation to second-class status," adding that the UK proposals made on June 26 do not "respect the principles of reciprocity, symmetry and non-discrimination".

Citizens' rights in each other's nations are considered the first issue that both sides must settle.

"It is clear we will not approve any deal which diminishes the rights of EU citizens in the UK or UK citizens in the EU," Guy Verhofstadt, the EU Parliament's chief Brexit official, told the AP.

Even though Barnier is leading the negotiations for the EU as a whole, the European Parliament still has a veto right on any deal. So Verhofstadt's words carry power and should boost the standing of Barnier when he meets with his British counterpart, David Davis, next week.

British Prime Minister Theresa May had first floated her ideas on protecting the rights of each other's citizens at an EU summit in late June. The UK proposal offers EU nationals who have lived in Britain for at least five years - as of an unspecified cut-off date - "settled status", with the right to live, work and access benefits. The estimated three million EU nationals in Britain would all have to apply individually for permission to stay, and it's unclear what the plan would mean for those who have been in the UK for a shorter time.

The other EU leaders were half-hearted at best about what May called a "generous" offer on protecting the rights of EU citizens.