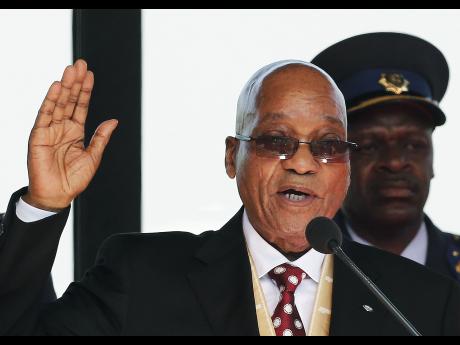 South Africa's deputy president yesterday denounced government corruption in what was seen as a rebuke to President Jacob Zuma, who has faced calls for his resignation because of scandals and graft concerns.

"We now know, without any shred of uncertainty, that billions of rands of public resources have been diverted into the pockets of a few," Deputy President Cyril Ramaphosa said.

He added that corruption has damaged South Africa's economy, which recently entered recession for the first time in eight years.

Ramaphosa is a likely front-runner to replace Zuma, whose term continues until elections in 2019, but there are calls from within the ruling African National Congress party for him to quit earlier and allow the party to shore up support before the vote.

The deputy president also said a judicial enquiry should be established to investigate alleged wrongdoing and law-enforcement agencies must target those responsible for stealing state funds.

Ramaphosa spoke at a meeting of the South African Communist Party, a former backer of Zuma that barred him from addressing its conference.