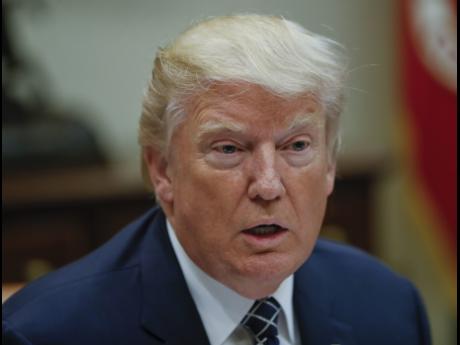 President Donald Trump declared yesterday he's going to "let Obamacare fail" after the Republicans' effort to rewrite the 2010 health care overhaul imploded in Congress. Senate Majority Leader Mitch McConnell proposed a vote on a backup plan simply repealing the statute, but desertions by his own party seemed to ensure that would fail, too.

Republican Senators Susan Collins of Maine, Shelley Moore Capito of West Virginia and Lisa Murkowski of Alaska said they opposed McConnell's Plan B. That's enough to spell defeat and could send a message to conservative Republicans that it is time to abandon efforts to tear down Obama's law.

All Senate Democrats are opposed to the GOP changes.

In the morning, Trump tweeted a barrage of criticism over his party's failure on its flagship legislative priority. For seven years, the GOP has pledged to repeal President Barack Obama's law.

"Most Republicans were loyal, terrific and worked really hard," Trump tweeted. "We were let down by all of the Democrats and a few Republicans."

Later, the president went further, describing a legislative tactic and political outcome that contradicts the views of many in the GOP.

Many Republicans worry that the public already views health care as their responsibility, since they control the White House and both houses of Congress.