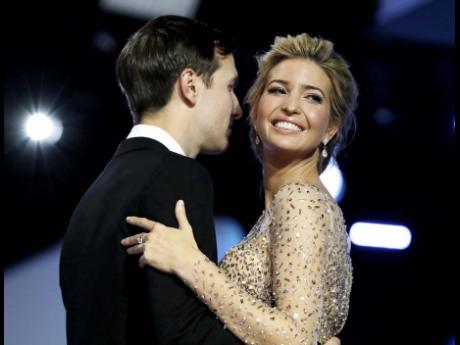 The previously unreported assets were included in updated disclosure reports certified by the US Office of Government Ethics last Thursday as part of the "ordinary review process", according to Kushner's filing .

Among the new set of assets Kushner disclosed, which could be worth as much as $51 million, he reported owning an art collection worth between $5 million and $25 million.

The new forms also reflect that Kushner sold his interest in an ageing shopping mall along the Jersey Shore, and no longer has a stake in a company that had held an interest in apartments in Toledo, Ohio.

Kushner also clarified his $5 million to $25 million stake in a holding company that owns Cadre, a real estate tech start-up he cofounded with his brother, Joshua, that investors valued at $800 million.

Kushner's wife and the president's daughter, Ivanka Trump, also filed new federal disclosures. She reported assets of at least $66 million and earned at least $13.5 million in income last year from her various business ventures, including more than $2.4 million from the new Trump hotel near the White House.

The filings reflect the extraordinary wealth of Trump and her husband, who jointly made at least $100 million since the beginning of 2016 and hold at least $206 million in combined assets, including some that they report are being sold off.