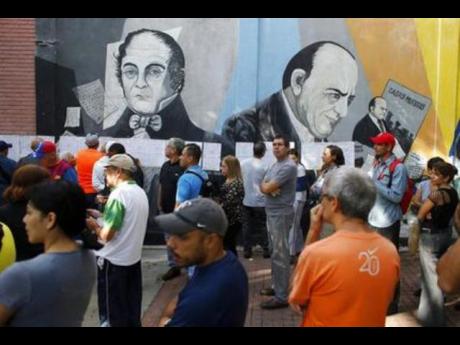 AP
People lineup to enter to a poll station today during the election for a constitutional assembly in Caracas, Venezuela.

A leading candidate in today's assembly elections and an opposition activist have been killed in Venezuela.

The killings took place before voting started to elect a new assembly with powers to rewrite the constitution.

The opposition says it is a power grab by President Nicolás Maduro and is boycotting the vote.

The government says the constituent assembly is the only way to bring peace back to the country after months of violent protests.

Ricardo Campos, a youth secretary with the opposition Acción Democrática party, was shot dead during a protest, the head of the national assembly said.

On the eve of the vote, protesters blocked roads in the capital in defiance of a ban on demonstrations.

The security forces have used armoured vehicles to dispel protesters in the Caracas district of El Paraíso amid the sound of gunfire, AFP says, citing local reports.