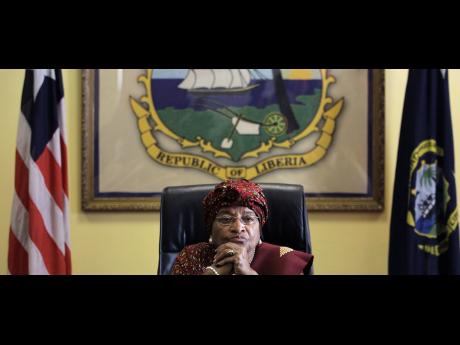 AP
In this Thursday, November 10, 2011 file photo, Liberian President Ellen Johnson Sirleaf listens to questions from journalists during a meeting with the media at the Ministry of Foreign Affairs in Monrovia, Liberia.

Liberia's President Ellen Johnson Sirleaf is urging peaceful elections as candidates begin campaigning to replace the Nobel Peace Prize winner who has led the West African country through the Ebola crisis and recovery from civil war.

Among those running in the October 10 election are her vice-president and two of the men she faced during Liberia's last vote in 2011.

In a radio broadcast late Monday, the 78-year-old Sirleaf urged political leaders to put Liberia first and control the emotions of their supporters.

"We hold them as political leaders who seek the highest office of our land to act with dignity and responsibility that befits that office to live up to their commitments to ensure violence-free elections," she said.

These are the country's third presidential and general elections following the end of the 14-year civil war that devastated the nation and killed over a quarter of a million people. Fighting ended in 2003.

Anxiety is high over who will succeed Sirleaf, a 2011 Nobel Peace Prize winner who led the country through the Ebola epidemic that killed more than 4,800 people.

Among the top candidates is her vice-president, 72-year-old Joseph Nyumah Boakai, who has been endorsed by Sirleaf and appears to be profiting from a divided opposition.

Former soccer star George Weah, a current senator who ran as vice-president on the 2011 ticket that lost to Sirleaf, is also mounting a bid. It is his second attempt at the presidency after losing in 2005.