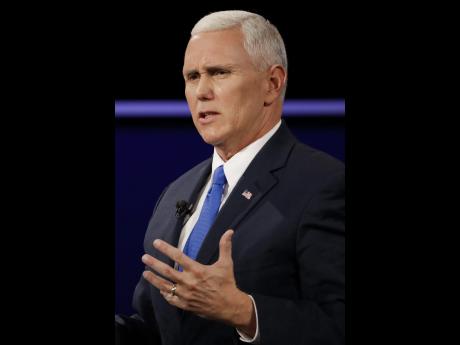 Vice-president Mike Pence has pushed back against a news report suggesting he is laying groundwork for a possible presidential bid in 2020 if President Donald Trump does not run.

In a statement released by the White House, Pence said Sunday's story in The New York Times "is disgraceful and offensive to me, my family, and our entire team". He added that "the allegations in this article are categorically false".

The formal rebuttal of a news report by the vice-president was an unusual move. In it, Pence also said his team will "focus all our efforts to advance the president's agenda and see him re-elected in 2020".

The report details efforts of several Republicans looking ahead to 2020, calling it a "shadow campaign". It notes Pence's political schedule and active fundraising, though it also says unnamed advisers have signaled that he'd only run if Trump doesn't.

The article noted Pence has set up a fundraising committee. Called the Great America Committee, it can accept cheques of up to $5,000 from individual donors. Pence raised about $1 million at a Washington fundraiser last month, which was attended by dozens of lawmakers and featured remarks from White House adviser Ivanka Trump.

Trump has not suggested he won't seek a second term, but his first six months in office have been turbulent, marked by staff infighting, legislative struggles and a series of investigations.

White House counsellor Kellyanne Conway also dismissed the report and said Pence is readying to run in 2020 "for re-election as vice-president".

New York Times spokeswoman Danielle Rhoades Ha said in an emailed statement: "We are confident in the accuracy of our reporting and will let the story speak for itself."