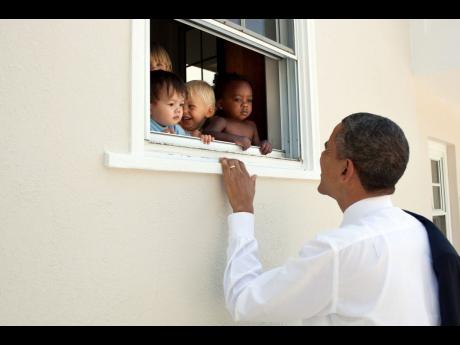 Obama: No one is born hating another person because of the colour of his skin or his background or his religion.

He may not be the president anymore, but Barack Obama is still influential enough to break the Internet.

The tweet Obama wrote in response to Saturday's white nationalist rally in Charlottesville, Virginia, became the most-liked tweet ever, as of 10:07 p.m. on Tuesday, according to Twitter.

That honour previously went to Ariana Grande for a tweet the singer wrote following the attack at her Manchester concert.

"No one is born hating another person because of the colour of his skin or his background or his religion ...," the former president tweeted Saturday at 5:06 p.m., along with a 2011 photo of himself greeting a group of children through a window taken by former White House photographer Pete Souza at a day-care facility next to his daughter Sasha's school in Bethesda, Maryland.