Part of Houston may get new floods as Harvey recovery begins 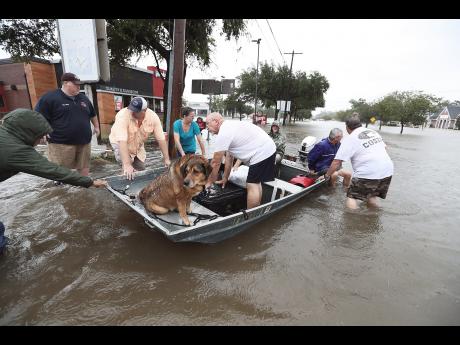 File
Neighbours use their personal boats to rescue flooded residents in Texas.

Authorities went door to door Sunday in parts of storm-battered Houston, warning that more flooding was coming, while a nearby city that lost its drinking-water system struggled to restore service and officials kept watch on a crippled chemical plant that's already triggered explosions.

Nine days after Harvey ripped its way across Texas, areas of west Houston braced for more water not from the storm but from controlled releases to relieve swollen reservoirs. Crews were urging residents whose homes had already taken on water to flee, and that they were shutting off power in some areas.

"If you have water in your homes, I have issued a mandatory evacuation for them because it's dangerous for those who are choosing to live there," Mayor Sylvester Turner told NBC's 'Meet the Press'.

"But also, it's very, very dangerous for our public responders, first responders, who are needing to be out there, trying to provide protection to them," he added.

Meanwhile, officials in Beaumont, population almost 120,000, worked to repair their water treatment plant, which failed after the swollen Neches River inundated the main intake system and backup pumps halted. The Army Corps of Engineers sent pumps, and an ExxonMobil team built and installed a temporary intake pipe to try to refill a city reservoir. Exxon has a refinery and chemical plants in Beaumont.

In Crosby, outside of Houston, authorities continued to monitor the Arkema plant where three trailers of highly unstable compounds ignited in recent days, sending thick, black smoke and tall flames into the air. A Harris County fire marshal spokeswoman said there were no active fires at the facility, but six more trailers were being watched.