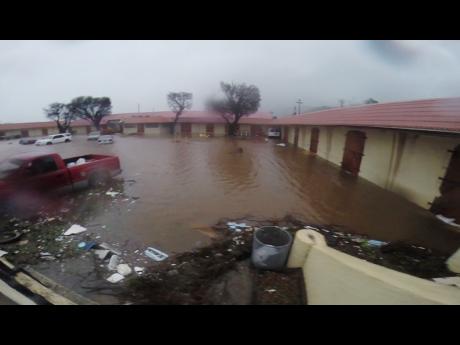 Meteorology director Jeff Masters at Weather Underground says Hurricane Jose, now a Category 4 storm, will definitely add insult to the injuries caused by Hurricane Irma in the Caribbean. But he says the islands that got nailed namely Barbuda, St Martin and Anguila will mostly suffer tropical storm force winds and heavy rains.

That will hamper relief efforts so it's a big deal, but he says it's "nothing compared to what they already went through".

Hurricane Jose now has top sustained winds of 150 mph (240 kph) and as it moves towards the northern leeward islands at a speedy 18 mph.

Meanwhile, the National Hurricane Center is reminding people in Florida that Hurricane Irma will likely hit land as a dangerous major hurricane.

Irma is so immense that it will bring life-threatening wind impacts to much of the state regardless of exactly where its centre moves.

The storm surge also could be deadly across southern Florida and the Florida Keys during the next 36 hours. The threat of significant storm surge flooding along the southwest coast of Florida has now increased, with six to 12 feet of inundation above ground level possible in this area.

The hurricane centre says this is a life-threatening situation, so everyone in these areas should take all actions to evacuate before rising water makes it impossible.