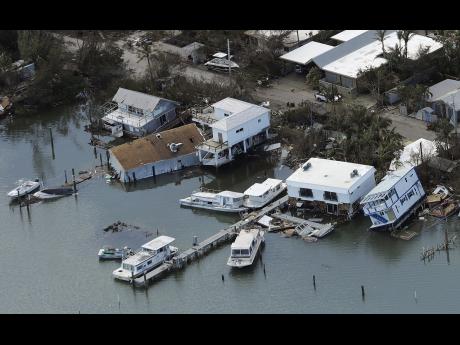 Eight patients at a sweltering Hollywood nursing home died in Hurricane Irma's aftermath, authorities said yesterday, as people confronted a multitude of new hazards in the storm's wake, including tree-clearing accidents and lethal fumes from generators.

Hollywood Police Chief Tom Sanchez said investigators believe the deaths at the Rehabilitation Center at Hollywood Hills were heat-related, and added: "The building has been sealed off, and we are conducting a criminal investigation." He did not elaborate.

Three patients were found dead at the nursing home early yesterday, and three more died at the hospital after more than 100 in all were evacuated, many on stretchers or in wheelchairs, authorities said. Two more were confirmed dead yesterday.

The air conditioning was out, but Sanchez said it remained under investigation whether power was entirely cut. He did not answer questions regarding whether a generator was running inside the place.

Also in the Miami area, a Coral Gables apartment building was evacuated after authorities determined that a lack of power made it unsafe for elderly tenants, while officers arrived at the huge Century Village retirement community in Pembroke Pines to help people on upper floors without access to working elevators. More than half the community of 15,000 residents lacked power.

In addition, at least five people died and more than a dozen were treated after breathing carbon monoxide fumes from generators in the Orlando, Miami and Daytona Beach areas.

Not counting the nursing home deaths, at least 13 people in Florida have died in Irma-related circumstances, many of them well after the storm had passed. A Tampa man died after the chainsaw he was using to remove trees kicked back and cut his carotid artery.

Elsewhere, Irma has been blamed for four deaths in South Carolina and two in Georgia. At least 37 people were killed in the Caribbean.

In the battered Florida Keys, meanwhile, county officials pushed back against a preliminary estimate from the Federal Emergency Management Agency that 25 percent of all homes in the Keys were destroyed and nearly all the rest were heavily damaged.