Man asked stepdad to leave, then shot mom in hospital 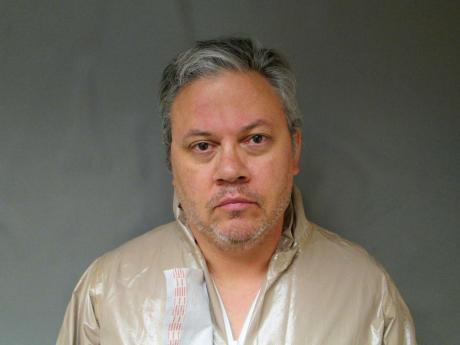 The husband of a woman fatally shot in a hospital said he saw his stepson point a gun at her and fire several shots before walking away without saying a word, according to a police complaint released yesterday.

Travis Frink, of Warwick, Rhode Island, pleaded not guilty to a first-degree murder charge in the death of his mother, 70-year-old Pamela Ferriere. He was being held without bail.

Ferriere, of Groton, was fatally shot Tuesday at Dartmouth-Hitchcock Medical Center in Lebanon, where she was being treated for an aneurysm. She was expected to be released tomorrow.

Frink, 48, was handcuffed and said nothing during the brief arraignment Wednesday in Grafton Superior Court in North Haverhill.

Prosecutor Jane Young asked that Frink have no contact with his stepfather, Robert Ferriere, who told police he saw Frink shoot her. Defence lawyer Rebecca McKinnon agreed to the request. She declined to comment afterward.

A police affidavit says Frink told officers he went to the hospital to kill his mother. No reason or motive was given.

When Frink went to visit her on Tuesday, his stepfather, Robert Ferriere, was in the room and he asked to spend some time with his mother, authorities said.

Ferriere asked his wife if that was OK and she indicated yes, the affidavit said. As he was leaving the room, he heard her shout or scream something, then turned and saw Frink pointing a gun at her, the affidavit said. After several shots were fired, Frink walked out of the room without saying anything, Ferriere told police.

Pamela Ferriere's nurse called 911, saying a visitor had pulled out a black handgun. When she saw the gun, the nurse ran and took shelter in a different room. She then heard two gunshots, followed by screams.

The hospital, New Hampshire's largest, was then placed on lockdown.

When asked about the shooting on Wednesday morning by the Associated Press, Robert Ferriere said he had no idea why it happened.

"I'm not a mind reader," he said, before hanging up.

Frink was detained as he tried to leave the grounds of Dartmouth-Hitchcock, authorities said.