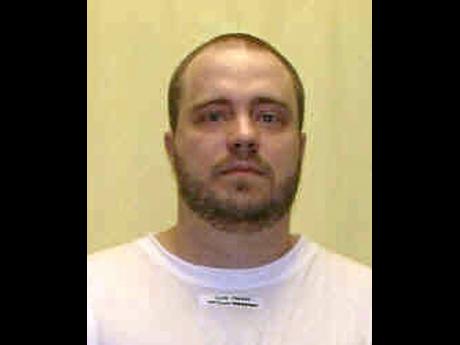 An Ohio man convicted of killing two people in back-to-back robberies in suburban Cleveland in 1992 was executed yesterday as family members of his victims looked on.

Gary Otte, 45, was put to death at the Southern Ohio Correctional Facility in Lucasville with a lethal combination of three drugs.

The prison system announced the time of death as 10:54 a.m. A prison spokeswoman said Otte did not sleep overnight, spending his last hours visiting with his parents and calling friends and family.

In his final statement, Otte professed his love for his family, sang a Christian hymn and quoted the Bible. He said: "God is good all the time," and added, "I'm sorry." Then, he sighed deeply and began singing The Greatest Thing, with words such as "I want to know you, Lord" and "I want to serve you,

Otte quoted the Bible with his last words: "Father, forgive them for they know not what they're doing. Amen." The words were derived from a Bible account of Jesus Christ's crucifixion.

Otte gave a thumbs-up sign, and then his stomach rose and fell several times between 10:41 and 10:42. Two members of the state execution team did a consciousness check at 10:42. Otte's stomach continued to rise and fall a couple more minutes, then appeared to go still.

A federal public defender who witnessed said she thinks mistakes were made and tried unsuccessfully to leave the witness room to alert a federal judge.