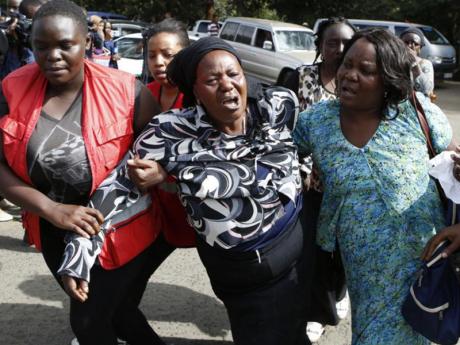 “All the terrorists have been eliminated,” President Uhuru Kenyatta said in announcing an end to the overnight operation to secure the complex in the capital, Nairobi.

In a televised address, Kenyatta did not say how many attackers were involved.

He said more than 700 people were evacuated during the security operation and urged Kenyans to “go back to work without fear,” saying the East African country is safe.

Sporadic gunfire could be heard while scores of people were rescued at daybreak during what police called a “mopping-up” exercise.

A new blast was heard in the afternoon as witnesses said security forces were making a sweep of the complex for any explosives.

Al-Shabab — the extremist group allied to al-Qaida and based in neighbouring Somalia — claimed responsibility for the carnage at the DusitD2 hotel complex, which includes bars, restaurants, offices and banks and is in Nairobi’s well-to-do Westlands neighbourhood with many foreign expatriates.

Al-Shabab carried out the 2013 attack at the nearby Westgate Mall in Nairobi that killed 67 people.