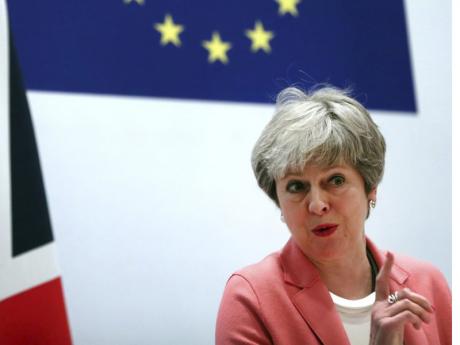 SHARM EL-SHEIKH, Egypt (AP) — Britain’s main opposition party took a big step Monday toward backing a second Brexit referendum amid rising concerns the country could crash out of the European Union next month without a deal.

The EU also warned that Britain faced the prospect of either a chaotic exit from the bloc or delaying its planned departure date. European Council President Donald Tusk, who chairs the summit meetings of EU nation leaders, said it would be “rational” for the March 29 Brexit date to be extended.

In a move that could change the Brexit debate in Britain, the Labour Party said it would back a second public vote if the House of Commons reject its alternative withdrawal plan later this week — as is widely expected.

Leader Jeremy Corbyn told Labour lawmakers the party “will do everything in our power” to prevent Britain leaving the EU without a deal on the withdrawal terms and future relations with the remaining 27 members.

But Corbyn also said Labour would oppose any agreement based on the “overwhelmingly rejected” one negotiated by Prime Minister Theresa May’s government. Parliament has refused to approve the agreement since the government and the EU reached it late last year.

As a result, Labour plans to put forward or support an amendment to the deal on holding another public vote “to prevent a damaging Tory Brexit being forced on the country,” he said.

Voters narrowly approved the June 2016 referendum to pull Britain out of the EU.

Labour previously said it would support a referendum as a last resort if it could not secure a new general election or make changes to May’s divorce deal.

Without support from the Labour Party, there is little chance of a second referendum taking place.