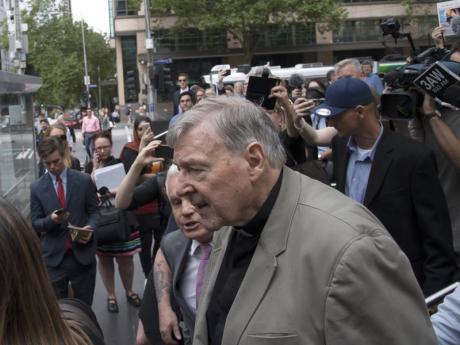 MELBOURNE, Australia (AP) — The most senior Catholic cleric ever charged with child sex abuse has been convicted of molesting two choirboys moments after celebrating Mass, dealing a new blow to the Catholic hierarchy’s credibility after a year of global revelations of abuse and cover-up.

Cardinal George Pell, Pope Francis’ top financial adviser and the Vatican’s economy minister, bowed his head but then regained his composure as the 12-member jury delivered unanimous verdicts in the Victoria state County Court on December 11 after more than two days of deliberation.

The court had until Tuesday forbidden publication of any details about the trial.

Pell faces a potential maximum 50-year prison term after a sentencing hearing that begins on Wednesday.

He lodged an appeal last week of the convictions.

Details of the trial had been suppressed because until Tuesday, Pell had faced a second trial in April on charges that he indecently assaulted two boys aged 9 or 10 and 11 or 12 as a young priest in the late 1970s in a public pool in his hometown of Ballarat.