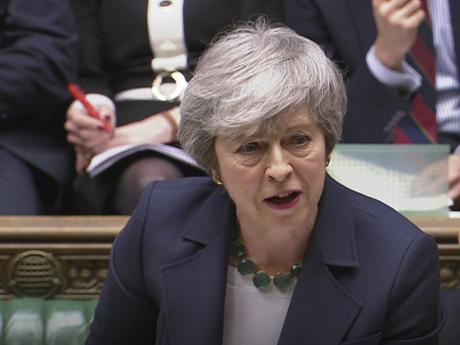 LONDON (AP) — Britain and the European Union braced Wednesday for a chaotic, cliff-edge Brexit after U.K. lawmakers rejected the divorce deal that the two sides had agreed upon. Britain’s Parliament was to hold votes later that aimed to rule out or postpone a disruptive no-deal departure for Britain from the bloc.

But top EU officials warned the prospect could not be eliminated unless the U.K. Parliament approved some type of exit deal.

“The risk of a no-deal has never been higher,” chief EU negotiator Michel Barnier said.

“I urge you please not to underestimate the risk or its consequences,” he told European lawmakers in Strasbourg, France.

British lawmakers rejected Prime Minister Theresa May’s Brexit deal for a second time on Tuesday, throwing it out by a 391-242 vote.

With Brexit set for March 29, just 16 days away, Parliament will vote later Wednesday on whether to rule out leaving the EU on that date without a deal.