US to revoke visas to ICC personnel over Afghanistan probe 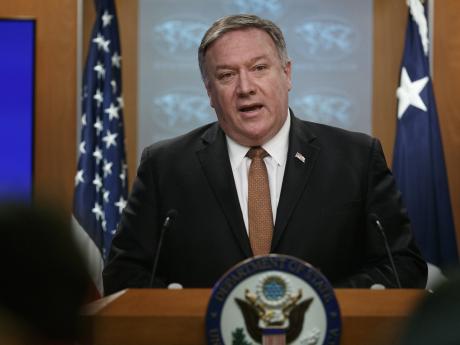 WASHINGTON (AP) — The United States will revoke or deny visas to International Criminal Court personnel who attempt to investigate or prosecute alleged abuses committed by U.S. forces in Afghanistan or elsewhere and may do the same with those who try to take action against Israel, Secretary of State Mike Pompeo said Friday.

Pompeo, making good on a threat delivered last September by national security adviser John Bolton, said the U.S. had already moved against some employees of The Hague-based court, but declined to say how many or what cases they may have been investigating.

“We are determined to protect the American and allied military and civilian personnel from living in fear of unjust prosecution for actions taken to defend our great nation,” Pompeo said.

He said any wrongdoing committed by American personnel would be dealt with in U.S. military and criminal courts.

The visa restrictions would apply to any court employee who takes or has taken action “to request or further such an investigation,” Pompeo said.

“These visa restrictions may also be used to deter ICC efforts to pursue allied personnel, including Israelis, without allies’ consent,” he said.

The ICC prosecutor has a pending request to look into possible war crimes in Afghanistan that may involve Americans. The Palestinians have also asked the court to bring cases against Israel.