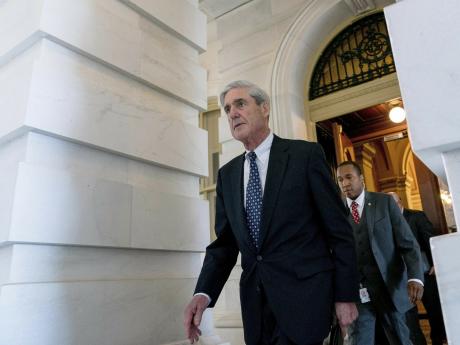 WASHINGTON (AP) — Special counsel Robert Mueller on Friday turned over his long-awaited final report on the contentious Russia investigation that has cast a dark shadow over Donald Trump’s presidency, entangled Trump’s family and resulted in criminal charges against some of the president’s closest associates.

The comprehensive report, still confidential, marks the end of Mueller’s probe but sets the stage for big public fights to come. The next steps are up to Trump’s attorney general, to Congress and, in all likelihood, federal courts.

The Justice Department said the report was delivered by a security officer Friday afternoon to the office of Deputy Attorney General Rod Rosenstein.

Word of the delivery triggered reactions across Washington.

Shortly afterward, Attorney General William Barr released a letter noting his plans to write his own account of Mueller’s findings.

The White House released a statement saying it had not seen or been briefed on the document.

Barr said he could send his account to Congress quickly.