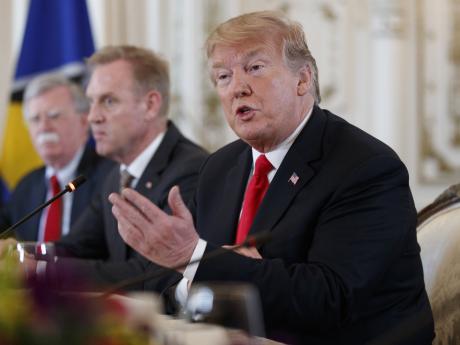 PALM BEACH, Fla. (AP) — The Trump administration on Friday announced additional sanctions for Venezuela in response to what it describes as the illegal arrest of opposition leader Juan Guaido’s chief of staff.

The Treasury Department announcement came while President Donald Trump met with leaders from five Caribbean nations, where Venezuela was at the top of the agenda.

The U.S. had already sanctioned scores of top Venezuelan officials and has blocked U.S. banks from doing business with that country, imposing a financial stranglehold on the cash-strapped nation.

Trump is hosting the leaders of Jamaica, Bahamas, Haiti, Dominican Republic, and St Lucia at his Mar-a-Lago club to show his support for Caribbean countries that back democratic transition in Venezuela.

The five have either denounced Maduro or joined more than 50 countries in recognising Juan Guaido as the rightful interim leader of the nation.

The Trump administration considers Maduro’s government a dictatorship and says he was re-elected in an illegitimate election.

White House press secretary Sarah Sanders says Trump will use the meeting to thank the leaders for their support for peace and democracy in Venezuela and discuss potential opportunities for energy investment.

Nations in the Caribbean, however, have been split on whether to interfere in Venezuela.