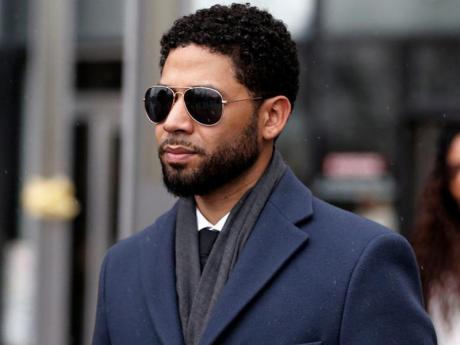 The news comes after Smollett pleaded not guilty at his arraignment on March 14 on a 16-count indictment of lying to police.

He has denied the charges.

Smollett, 36, told Chicago police that he was attacked in the middle of the night on January 29, claiming that two masked men shouted homophobic and racist abuse at him, beat his face, threw bleach on him, hung a noose around his neck and yelled, "This is MAGA country," a reference to President Trump's campaign slogan.

While messages of support for Smollett from his famous friends, from presidential candidates and total strangers poured in over social media, police busied themselves watching hours of surveillance video and searching for two murky figures Smollett said were the attackers.