American-Jamaican mayor of Miramar, Florida announces bid for US presidency 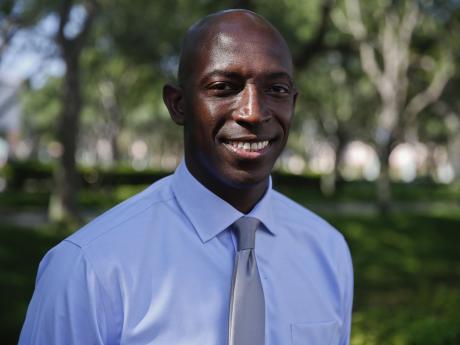 MIRAMAR, Fla. (AP) — Unless you are a Florida State University football fan, chances are you have never heard of the newest Democratic candidate for president -- but Wayne Messam is hoping to quickly change that.

The mayor of Miramar, Florida, Messam announced Thursday that he is joining the crowded field seeking to unseat President Donald Trump in next year’s election.

Messam believes Miramar has much that the rest of the United States would like to have -- environmentally-friendly development, high-end manufacturing and major corporate operations.

The 44-year-old construction company owner also knows why pundits say he won’t win: low name recognition and funding; no sitting mayor has ever won the presidency; his lack of political experience and more.

But he is quick to respond with why he can.

Why does he have to be governor or a senator first? Trump wasn’t.

Who says mayors don’t have the necessary experience? Messam says he deals with infrastructure and business needs on a micro level in his Fort Lauderdale suburb in ways governors and senators don’t.

Messam said the United States needs an economic plan that emphasises educating adults and children to thrive amid ever-increasing automation, and one that better competes internationally.

Who is Wayne Messam?

Messam grew up in South Bay, an agricultural town of 3,500 adjoining Lake Okeechobee.

His parents emigrated from Jamaica -- his father cut sugar cane before becoming a farm mechanic and his mother was a cook and housekeeper.

He starred at Glades Central High, a football powerhouse, before coach Bobby Bowden recruited him to Florida State.

A wide receiver, he played on the Seminoles’ 1993 national championship team and had six catches for 103 yards in their 1996 Orange Bowl win over Notre Dame.

After graduating with a degree in management information systems, he and his wife, Angela, started Messam Construction, which focuses on energy-efficient schools and government projects.

They have three children in college.