Glaring US absences raise questions about relevance of G7 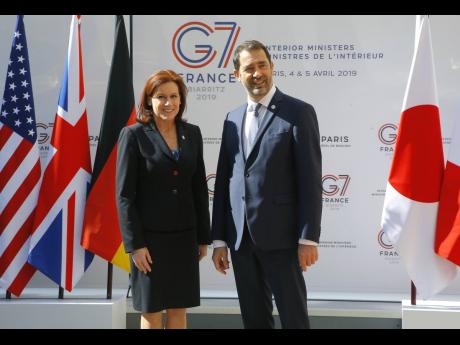 Foreign and interior ministers from the Group of Seven (G7) countries are gathering in France this week to try to find ambitious solutions to world security challenges. Putting a dampener on that are two glaring American absences: United States (US) Secretary of State Mike Pompeo and Homeland Security Secretary Kirstjen Nielsen.

The fact that ranking US officials are skipping the Thursday-Saturday meetings in Paris and the resort of Dinard raises questions about the G7’s relevance and effectiveness at solving the very international issues it has laid out as crucial, including fighting terrorism and human trafficking.

The interior ministers’ meetings started Thursday in Paris with a lunch focusing on migration issues, human trafficking and the fight against smugglers.

US President Donald Trump has made no secret of his disdain for the G7, especially since Russia was pushed out of the gathering of major world economies after its annexation of Crimea in 2014. The US absences signal that the Trump administration has downgraded the group – which also includes France, Canada, Japan, Germany, Italy and the United Kingdom – in its list of priorities.

Pompeo is in Washington this week, far from French shores, hosting the North Atlantic Treaty Organization’s (NATO) foreign ministers to mark the alliance’s 70th anniversary. Nielsen is staying behind to deal with border issues in the US.

Canadian Foreign Minister Chrystia Freeland, meanwhile, announced that she is attending both the NATO meeting and the G7 summit in Dinard.

In fact, alliances are fraying everywhere, even at NATO as Pompeo shines a spotlight on America’s involvement in the military alliance. NATO Secretary-General Jens Stoltenberg acknowledged internal NATO disagreements this week on trade, climate change and the Iran nuclear deal but insisted that the 29 allies are united in their commitment to defend each other.

France, which took over the G-7’s presidency in January, is hosting a summit of interior ministers in Paris on Thursday and Friday, which overlaps with a summit of G7 foreign ministers on Friday and Saturday in Dinard.