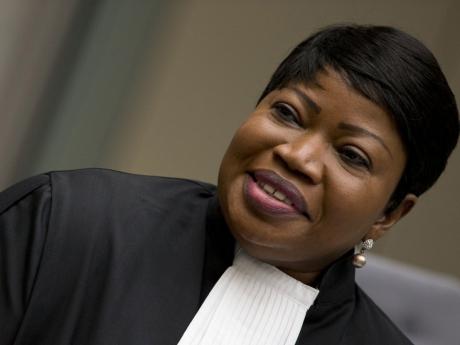 THE HAGUE, Netherlands (AP) — The prosecutor of the International Criminal Court said Friday that her U.S. visa has been revoked, in what appears to a crackdown on the global tribunal by the Trump administration.

In a statement confirming the revocation, Prosecutor Fatou Bensouda’s office stressed that she “has an independent and impartial mandate” under the court’s founding treaty, the Rome Statute.

“The Prosecutor and her office will continue to undertake that statutory duty with utmost commitment and professionalism, without fear or favour,” the statement said.

Bensouda’s office said the revocation of her visa shouldn't’t affect her travel to the U.S. for meetings, including regular briefings at the U.N. Security Council.

The U.S. has never been a member of the ICC, a court of last resort that prosecutes grave crimes only when other nations are unwilling or unable to bring suspects to justice.

Bensouda is expected to brief the U.N. Security Council next month on her investigations in Libya.

U.N. spokesman Stephane Dujarric said: “We expect the United States to live up to the agreement to allow for the travel of ICC staff members to do their work here at the United Nations.”

The State Department confirmed the measure against Bensouda.

U.S. Secretary of State Mike Pompeo said last month that Washington would revoke or deny visas to ICC staff seeking to investigate alleged war crimes and other abuses committed by U.S. forces in Afghanistan or elsewhere and may do the same with those who seek action against Israel.

The ICC prosecutor has a pending request to look into possible war crimes in Afghanistan that may involve Americans.

The Palestinians have also asked the court to bring cases against Israel.