WikiLeaks accuses Ecuador of spying on Assange at embassy 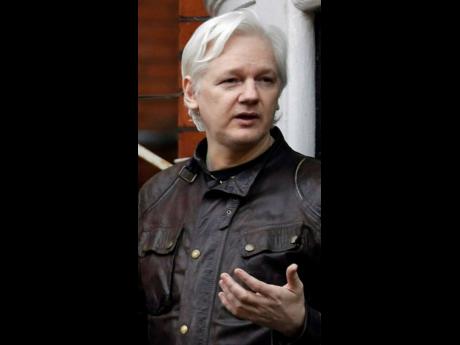 WikiLeaks yesterday accused the Ecuadorian government of spying on Julian Assange as tensions mounted between the WikiLeaks founder and his hosts.

The group’s editor-in-chief, Kristinn Hrafnsson, told a news conference that Assange’s meetings with lawyers and a doctor had been secretly filmed by Ecuadorian authorities.

Assange sought refuge in the Ecuadorian Embassy in London in 2012 and has been living there ever since.

Sweden has dropped an investigation into rape allegations against Assange, but he refuses to come out for fear of facing US charges related to WikiLeaks’ publication of classified documents. He also faces arrest in Britain for jumping bail.

Relations between Assange and his Ecuadorian hosts have turned sour in recent weeks with a series of accusations from both sides. Assange’s team fears he may be expelled from his refuge.

Ecuador’s vice-president, Otto Sonnenholzner, says Assange will have to “abide by the consequences” if he is found to have violated an embassy protocol put in place in October.

Speaking to the Sonorama radio station, he said, “The only thing Ecuador demands is fulfilment of the protocol, a protocol that limits certain privileges.”

He said the protocol imposed in October has allowed the country to cut its budget for maintaining Assange, which officials had estimated at $1 million a year. It sets rules on visits, medical spending, food, internet use and other issues.

Sonnenholzner said Foreign Minister José Valencia would present a report about compliance with the protocol to President Lenín Moreno yesterday, and will do the same today to congressional leaders.

Following the report, he said, “we will see ... what happens in that situation”.