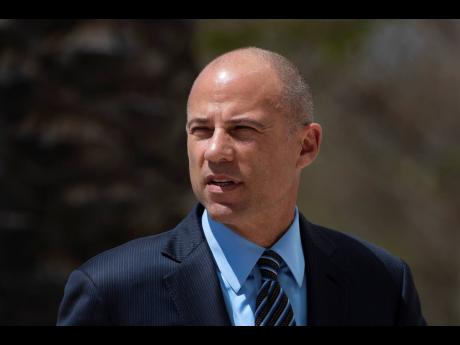 The Associated Press
In this April 1, 2019 file photo, attorney Michael Avenatti arrives at the federal court in Santa Ana, California. 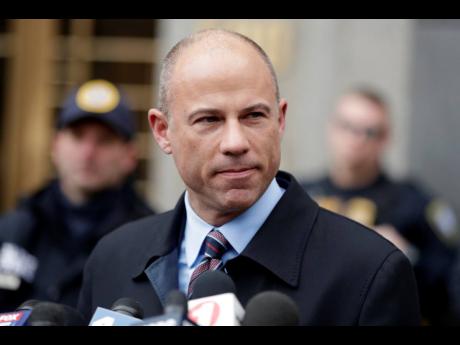 United States attorney Michael Avenatti has been charged in a 36-count federal indictment alleging he stole millions of dollars from clients, did not pay his taxes, committed bank fraud and lied in bankruptcy proceedings, federal prosecutors in California said yesterday.

Avenatti, 48, was indicted late Wednesday by a Southern California grand jury on a raft of additional charges following his arrest last month in New York on two related counts and for allegedly trying to shake down Nike for up to $25 million.

“These four areas of criminal conduct alleged in the indictment are all linked to one another because money generated from one set of crimes appears in other sets – typically in the form of payments to lull victims and to prevent Avenatti’s financial house of cards from collapsing,” US Attorney Nick Hanna told reporters.

A jet co-owned by Avenatti was seized on Wednesday as part of the ongoing investigation, officials said.

“I look forward to the entire truth being known, as opposed to a one-sided version meant to sideline me,” he wrote.

The new charges do not include the New York extortion case alleging Avenatti demanded millions to stay quiet about claims he planned to reveal about Nike paying high-school players. Avenatti has said he expects to be cleared in that case.

The 61-page Southern California indictment alleges that Avenatti embezzled from a paraplegic man and four other clients and deceived them by shuffling money between accounts to pay off small portions of what they were due to lull them into thinking they were getting paid.

Avenatti is also charged with not paying personal income taxes, not paying taxes for his various businesses, including two law firms, and pocketing payroll taxes from the Tully’s Coffee chain that he owned, the indictment said.

Between September 2015 and January 2018, Global Baristas US, the company that operated Tully’s, failed to pay the Internal Revenue Service (IRS) $3.2 million in payroll taxes, including nearly $2.4 million withheld from employees, the indictment said.

When the IRS put tax levies on coffee company bank accounts to collect more than $5 million, Avenatti had Tully’s employees deposit cash receipts in a little-known account, the indictment said.

Avenatti was also charged with submitting fraudulent tax returns to get more than $4 million in loans from The Peoples Bank in Biloxi, Mississippi, in 2014. The tax returns he presented to the bank were never filed to the IRS, prosecutors have said.