EU, Canada vow to protect their firms in Cuba 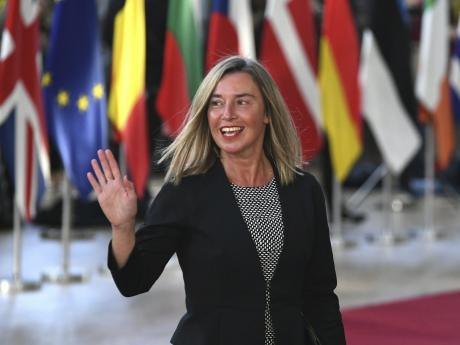 WASHINGTON (AP) - The European Union and Canada are joining forces to protect their companies after the U.S opened the door for lawsuits against foreign firms operating on properties Cuba seized from Americans.

Mogherini and Freeland say in a joint statement issued Wednesday they’re “determined to work together to protect the interests” of their companies.

They warn that EU and Canadian laws allow counter-claims against any U.S. lawsuits “so the U.S. decision to allow suits against foreign companies can only lead to an unnecessary spiral of legal actions.”

Secretary of State Mike Pompeo says the U.S. won’t renew a bar on litigation in place for two decades.

The decision is a blow to Havana’s efforts to draw foreign investment to the island.

The Trump administration is opening the door for lawsuits against foreign firms operating on properties Cuba seized from Americans after the 1959 revolution.

President Donald Trump is stepping up pressure to isolate embattled Venezuelan President Nicolas Maduro, who is holding power with help from other countries, including Cuba, China and Russia.