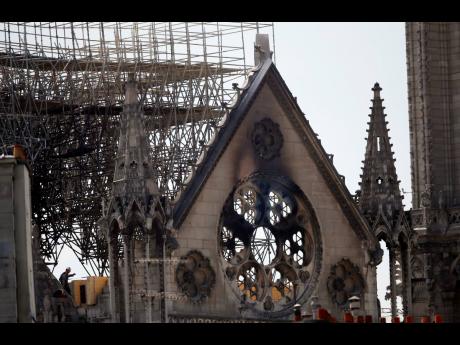 The cultural heritage envoy for French President Emmanuel Macron says it is realistic to reopen Notre Dame Cathedral to the public in five years.

Following a meeting at the presidential palace about the cathedral’s reconstruction, Stephane Bern said Macron’s goal is to allow visitors coming for the 2024 Olympic Games in Paris to visit Notre Dame.

“No one around the table has protested saying this is unrealistic or utopian,” Bern said.

Bern said Macron didn’t express his views regarding the reconstruction of the roof and whether the frame should be in wood, metal or concrete.

These questions, Bern said, “will be answered later.”

Bern also said Macron told the meeting that the new spire will hinge on the results of an international architecture competition. Notre Dame’s spire collapsed soon after the cathedral caught fire on Monday.