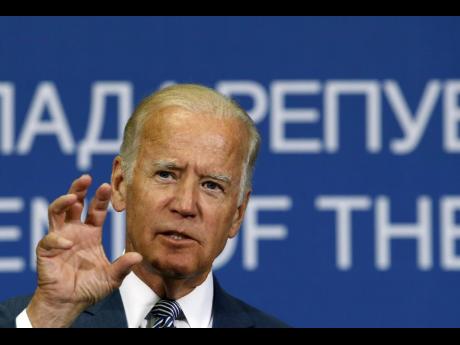 Answering perhaps the most significant question of the early 2020 election season in the United States, former Vice-President Joe Biden will launch his presidential campaign on Thursday.

The move, confirmed by a person familiar with his plans, sets up the 76-year-old lifelong politician as a front-runner in the crowded Democratic contest as the party fights to determine who’s best positioned to defeat President Donald Trump next year.

Biden, who spent the last five decades in Washington but never lost touch with his working-class background, is scheduled to face union workers in Pittsburgh on Monday as part of the roll-out tour, the person said, speaking on the condition of anonymity to disclose private conversations.

While he may be popular with the white working class in the Midwest, it’s unclear if Biden will appeal to the more liberal voters who tend to have outsized sway in Democratic primary contests.

His decision largely settles the crowded and diverse Democratic presidential field at 20 candidates, including six women, five racial minorities and one member of the LGBTQ community. Biden would be the most experienced politician in the race, and the second-oldest, after 77-year-old Bernie Sanders.

A handful of lesser-known Democrats, including Montana Gov Steve Bullock, could join the race in the coming weeks or months, but Biden’s decision is considered the final major piece as voters, donors and elected officials alike begin to pick their favourites.

“Come on in, the water is warm Joe,” California Senator Kamala Harris laughed on Tuesday as she campaigned in New Hampshire. “I adore Joe Biden and I think he has to make whatever decision is best for him.”

Biden, who has run for president twice before with little success, will look to organised labour for support early on.

The largest firefighters union is preparing to formally endorse Biden this week, with group leaders saying they will be “investing” heavily in the former vice-president’s anticipated bid.

The board of the International Association of Fire Fighters will meet this week to vote on the endorsement. They plan to announce it publicly early next week, if Biden jumps in the race as planned.