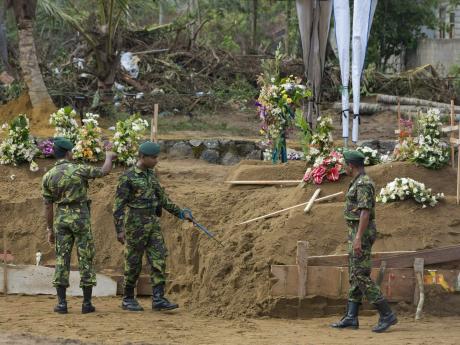 It wasn’t immediately clear who would be replacing them, but President Maithripala Sirisena said during a televised speech Tuesday that he planned to change the head of the defence forces within 24 hours.

The Islamic State group has claimed responsibility for the attacks, which struck Christians worshipping in three churches and people at three luxury hotels.

Authorities remain unsure of its involvement, though many suspect experienced foreign militants were advising, funding or guiding the attackers.

“Their thinking is that Islam can be the only religion in this country,” Ruwan Wijewardene told reporters.

“They are quite well-educated people,” he said, adding that at least one had a law degree and some may have studied in the UK and Australia.

Leaders have vowed to overhaul the country’s security apparatus after acknowledging that some intelligence units were aware of possible attacks before the Easter bombings.