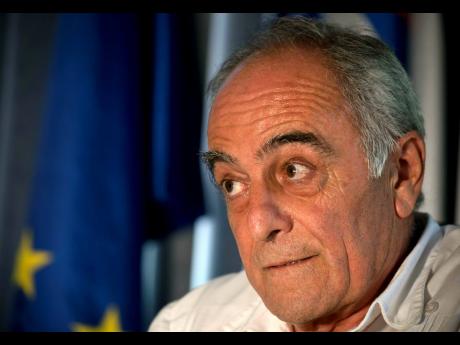 The Trump administration’s crackdown on business with Cuba’s communist government is causing unprecedented concern among European companies on the island, according to the European Union’s ambassador.

“There are businesspeople who’ve been here 20, 30 years, who’ve made bets on investing their financial resources in Cuba to stimulate commerce, tourism, international exchange, and many of them tell me that they haven’t lived through a similar situation,” Navarro said in an interview at the EU embassy on Tuesday.

The Trump administration announced last week that it would allow Americans to sue foreign companies whose partnerships with the Cuban government make use of commercial and industrial properties confiscated from Americans in Cuba’s 1959 revolution. The measure also allows suits by the large number of Cubans who fled the island and later became Americans.

The first lawsuits can be filed starting May 2.

Navarro said the EU will vigorously defend European companies doing business in Cuba in court and before the World Trade Organization.

“I think I have said with great clarity, any country can adopt whatever legislation it wants and apply the law within its own country. We can criticise whether we like it or not. What that country cannot do is impose its legislation on others,” Navarro said. “We are the front line of defence in Cuba and obviously have legitimate interests in Cuba, and we want to defend them and protect our citizens and our investors.”

The EU is Cuba’s largest trading partner, with some €2.6 billion in annual trade with the island, all but €400 million a year in exports from the EU to Cuba.

The Trump administration has imposed a series of recent measures meant to damage the Cuban economy, saying they are meant to prevent Cuba from aiding President Nicolás Maduro’s socialist administration in Venezuela.