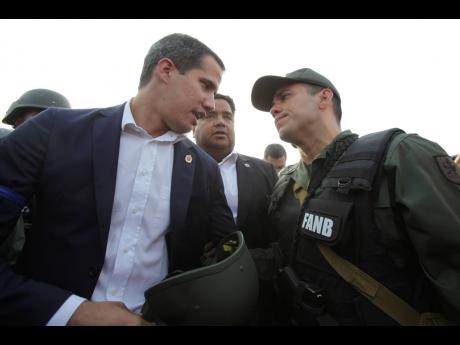 The Associated Press
Venezuela’s opposition leader and self-proclaimed president Juan Guaido talks to an Army officer outside La Carlota airbase in Caracas, Venezuela, yesterday. Guaido took to the streets with a small contingent of armed soldiers and detained activist Leopoldo Lopez calling for a military uprising. 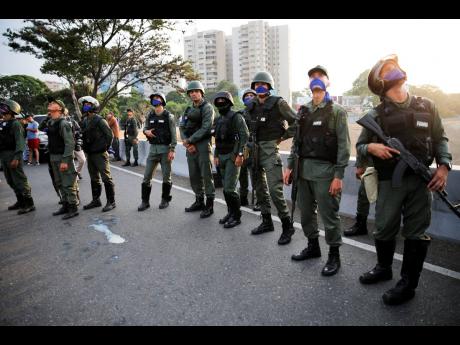 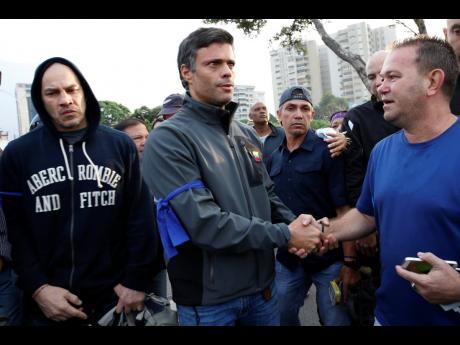 The Associated Press
Opposition leader Leopoldo Lopez (centre) is greeted by a supporter outside La Carlota airbase in Caracas, Venezuela, yesterday. Lopez, who had been under house arrest for leading an anti-government push in 2014, said he had been freed by soldiers and called for a military uprising. 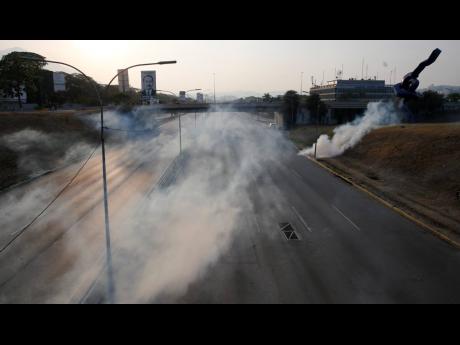 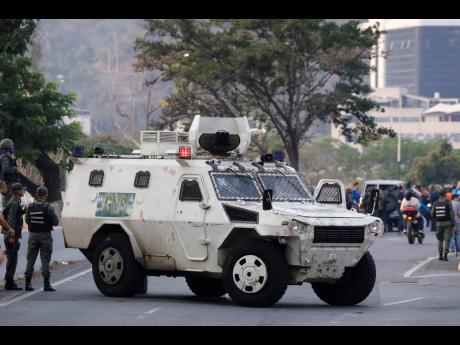 The Associated Press
A military vehicle blocks an avenue next to La Carlota airbase in Caracas, Venezuela, yesterday. 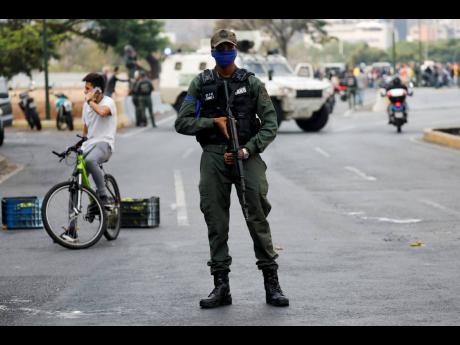 The Associated Press
A soldier stands on an avenue leading to La Carlota airbase in Caracas, Venezuela, yesterday. 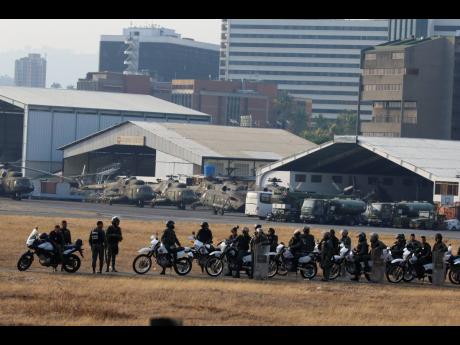 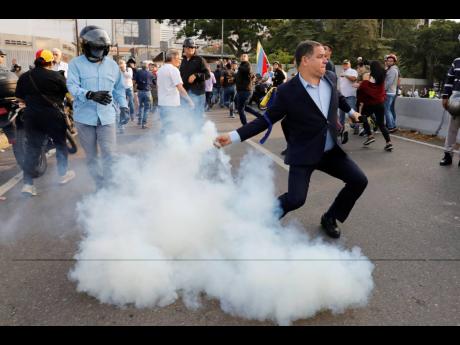 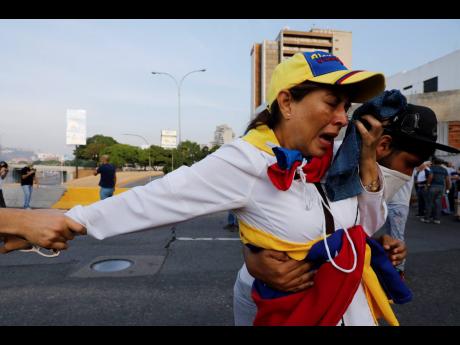 The Associated Press
A woman suffocated by tear gas is aid by fellow opponents of President Nicolas Maduro outside La Carlota air base in Caracas, Venezuela, Tuesday, April 30, 2019. Venezuelan opposition leader Juan Guaido appeared in a video with a small contingent of armed soldiers and formerly detained opposition activist Leopoldo Lopez calling for Venezuelans to take to the streets to oust Maduro. (AP Photo/Ariana Cubillos)
1
2
3
4
5
6
7
8
9

Venezuelan opposition leader Juan Guaidó took to the streets with activist Leopoldo Lopez and a small contingent of heavily armed troops early yesterday in a bold and risky call for the military to rise up and oust socialist leader Nicolás Maduro.

“I want to tell the Venezuelan people: this is the moment to take to the streets and accompany these patriotic soldiers,” said Lopez, who had been detained since 2014 for leading anti-government protests. “Everyone should come to the streets, in peace.”

Lopez said he has been freed from house arrest by members of the security forces responding to an order by Guaidó, whom the US and dozens of other governments recognise as Venezuela’s rightful leader.

As he spoke on a highway overpass, troops loyal to Maduro sporadically fired tear gas from inside the adjacent Carlota airbase as the crowd of a few hundred civilians, some of them brandishing Venezuelan flags, scurried for cover.

The crowd swelled to a few thousand as people sensed what could be their strongest opportunity yet to overthrow the government after months of turmoil that has seen Maduro withstand an onslaught of protests and international pressure with the support of his top military command and allies such as Russia and Cuba.

“It’s now or never,” said one of the young rebellious soldiers, his face covered in the blue bandanna preferred by the few dozen soldiers who stood alongside Guaidó and Lopez.

The dramatic events playing out in the opposition’s stronghold in wealthier eastern Caracas appeared not to have triggered a broader military revolt.

Defence Minister Vladimir Padrino on Twitter rejected what he called an attempt by a “subversive movement” to generate “panic and terror.” Meanwhile, socialist party chief Diosdado Cabello said most of Caracas was calm and called on government supporters to amass at the presidential palace to defend Maduro from what he said was a US-backed coup attempt.

“We’re going to Miraflores palace to defend the revolution, to defend Nicolás and to defend the legacy of Hugo Chávez,” said Cabello in a phone call to state TV.

Later, a group of security forces on motorcycles dropped tear gas to clear the bridge, prompting an exchange of what appeared to be gunfire. There were no immediate reports of injuries.

The tumultuous events started when Guaidó – who has been recognised by the US and dozens of other nations as the legitimate interim president – appeared in an early morning video shot next to the air base a day before what he was promoting as a definitive putsch to oust Maduro. He was surrounded by heavily armed national guardsmen backed by a few armoured vehicles.