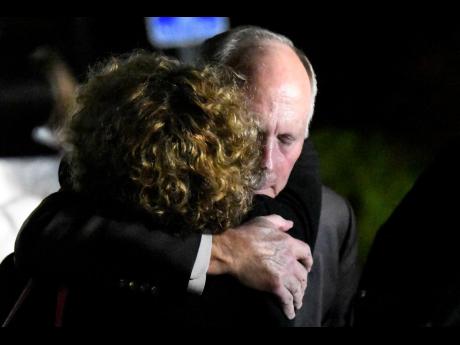 The Associated Press
UNC Charlotte Chancellor Philip DuBois receives a hug after a news conference regarding a deadly shooting on the campus earlier in the day, Tuesday, April 30, 2019, in Charlotte, N.C. (David T. Foster III/The Charlotte Observer via AP) 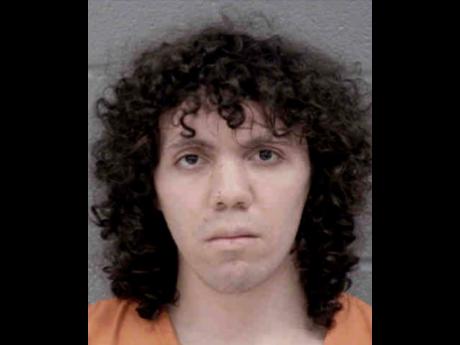 Students at a North Carolina university were gathered for end-of-year presentations in an anthropology class when a gunman burst in and opened fire with a pistol, killing two and wounding four, a professor said.

New details emerged on Wednesday about the previous day’s shooting that caused chaos and panic on the last day of classes at the University of North Carolina-Charlotte.

The shooting occurred during a class on the anthropology and philosophy of science, according to a message on what appeared to be the Twitter account of the instructor who witnessed the attack. Adam Johnson wrote that teams of students were delivering their presentations when the gunman opened fire.

“Yes, there was a shooting in my class today,” Johnson wrote. “My students are so special to me and I am devastated.”

The motive wasn’t immediately clear for suspect Trystan Andrew Terrell, who UNC-Charlotte spokeswoman Buffy Stephens said had been enrolled at the school but withdrew during the current semester. Campus Police Chief Jeff Baker said Terrell had not appeared on their radar as a potential threat.

“I just went into a classroom and shot the guys,” Terrell told reporters Tuesday as officers led him in handcuffs into a law enforcement building.

Terrell, 22, was booked into the Mecklenburg County jail on two counts of murder, four counts of attempted murder, possessing and firing a weapon on educational property, and assault with a deadly weapon.

People reacting to the sound of gunshots and a campus alert scrambled to find safe spaces and endured a lengthy lockdown as officers secured the campus on the last day of classes. Hundreds were later marched out of buildings with their hands in the air before officers determined that the gunman appeared to have acted alone.

A vigil was planned for Wednesday evening, and the governor vowed a hard look to see what can be done to prevent future attacks.