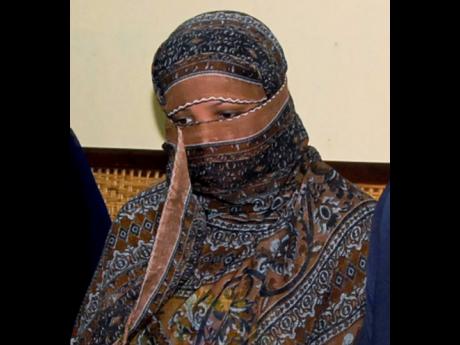 A Christian woman acquitted of blasphemy after spending eight years on death row in Pakistan, but who still faced death threats from Islamic extremists upon her release, flew to Canada on Wednesday to join her daughters, Pakistani officials and others involved in the case said.

Aasia Bibi was convicted of blasphemy in 2009 after a quarrel with two fellow farmworkers, who refused to drink from the same water container as a Christian. Five days later, the women said Bibi had insulted Islam, a crime punishable by death. Bibi was charged with blasphemy despite repeatedly denying the accusation. The Supreme Court overturned her conviction last year, and she had been in protective custody since then.

Islamic extremists have rioted over the case and threatened to kill Bibi. Even as word of her departure from Pakistan became known, the hard-line Tehree-e-Labbaik Party, whose single-point agenda is defending the controversial blasphemy law, threatened protests. The same party, whose leaders, including firebrand cleric Khadim Hussain Rizvi, are in jail, also urged the overthrow of the government following Bibi’s acquittal. Rizvi’s bail hearing is May 13.

A close friend of Bibi confirmed that she had left the country. He spoke on condition of anonymity for fear of reprisal. Bibi’s lawyer, Saif-ul Malook, said Bibi had already arrived in Canada, and officials in Pakistan’s interior and foreign ministries also confirmed her departure. They spoke on condition of anonymity because they were not authorised to brief the media.

“Obviously, there are sensitive privacy and security issues on this and, unfortunately, I can’t comment on this at this time,” Canadian Prime Minister Justin Trudeau told reporters in Ottawa as he prepared to meet legislators yesterday.

The US State Department issued a statement welcoming news of her departure, which was cloaked in secrecy.

“Asia Bibi is now free, and we wish her and her family all the best following their reunification,” the statement said. “The United States uniformly opposes blasphemy laws anywhere in the world, as they jeopardise the exercise of fundamental freedoms.”

“Fantastic news that Asia Bibi appears to have left Pakistan safely,” he tweeted, adding that he was about to meet US Secretary of State Mike Pompeo “to talk about persecution of Christians around the world”.

The case has brought international attention to Pakistan’s controversial blasphemy law, which carries an automatic death penalty. The mere suspicion of blasphemy against Islam is enough to ignite mob lynchings in the country. Blasphemy allegations have also been used to intimidate religious minorities and to settle scores.