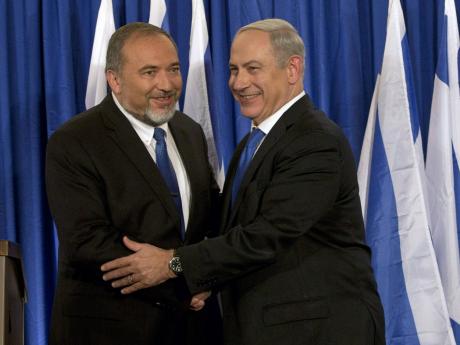 JERUSALEM (AP) — Israel’s parliament on Monday passed a preliminary motion to dissolve itself. The move further pushed the country toward an unprecedented political impasse, less than two months after elections seemed to promise Prime Minister Benjamin Netanyahu a new mandate.

If the bill receives final passage in a vote scheduled Wednesday, Israel would be forced to hold new elections — sending the political system into disarray.

Netanyahu appeared to have a clear path to victory, and a fourth consecutive term, after the April 9 elections.

His Likud party emerged tied as the largest party in the 120-seat parliament, and with his traditional allies, he appeared to control a solid 65-55 majority.

But he has struggled to form a government ahead of a looming deadline to do so.

His prospective coalition has been thrown into crisis in recent days by former Defense Minister Avigdor Lieberman, an ally and sometimes rival of Netanyahu’s.

Netanyahu delivered a primetime statement on Monday calling on his potential partners to put “the good of the nation above every other interest” in order to avoid sending the country once again to “expensive, wasteful” elections.

He placed the blame on Lieberman for creating the crisis, but said he was hopeful his efforts to salvage a compromise in the next 48 hours would succeed.

Lieberman has insisted on passing a new law mandating that young ultra-Orthodox men be drafted into the military, like most other Jewish males. Netanyahu’s ultra-Orthodox allies demand that the draft exemptions remain in place.