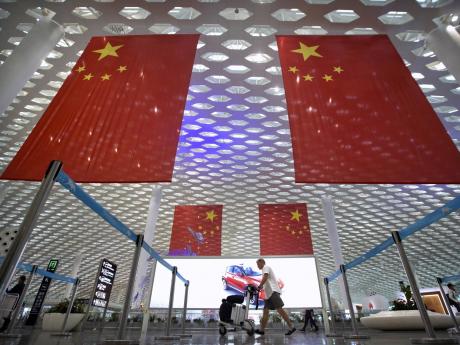 BEIJING (AP) — China issued a pair of travel warnings for the U.S. on Tuesday and slammed what it called “interference” in its internal affairs.

Foreign Ministry spokesman Geng Shuang accused the U.S. of acting in bad faith in trade negotiations and said any attempts to interfere or undermine China’s stability would be “doomed to fail.”

The volleys of criticism between the two largest economies leave them further than ever from resolving their standoff over U.S. complaints that Beijing resorts to unfair trade practices and unscrupulous methods to obtain advanced technologies.

“The white paper has made it very clear that every twist and turn in the China-US. trade consultations were caused by the U.S.’s flip-flops, violations of consensus, and bad faith,” Geng said.

A travel warning issued by China’s Foreign Ministry and the Chinese Embassy and consulates in the U.S. said Chinese visitors have been interrogated, interviewed and subjected to other forms of what it called harassment by U.S. law enforcement agencies.

It urged Chinese citizens and Chinese-funded bodies in the U.S. to step up their safety awareness and preventative measures and respond “appropriately and actively.”

The alert, valid until December 31, was “needed under the current circumstances,” Geng said.

China’s Ministry of Culture and Tourism also issued a travel alert on Tuesday, noting the high frequency of shootings, robberies, and theft in the country.

And on Monday, Chinese planning on studying in the U.S. were urged to assess the risks involved given tightened visa restrictions.

It did not include any new actions against China.

But it said the United States was “disappointed” by the report Beijing issued over the weekend defending China’s stance and accusing U.S. officials of backsliding in the talks.