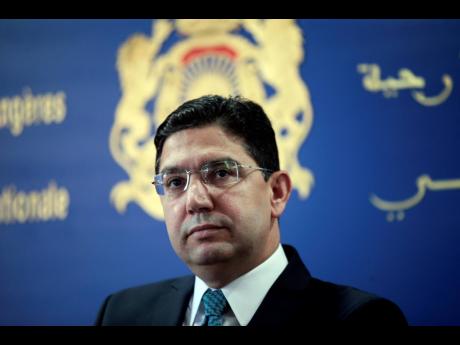 Morocco is claiming new success in lowering the number of migrant crossings into Europe as the country works with its northern neighbour, Spain, in securing more European funding for curbing migration.

Departures have dropped significantly since the beginning of 2019, with Rabat claiming that its security forces have dismantled 60 trafficking networks and stopped more than 30,000 crossing attempts.

Authorities refuse to comment on the fate of migrants stopped. In addition to Moroccans or Algerians, great numbers come from poorer sub-Saharan African countries.

Officials have repeatedly said the country can’t be Europe’s migration police, putting pressure on northern neighbours to provide funds to manage the crisis. Spain is reportedly seeking €50 million (nearly US$56 million) from the European Union (EU) budget for Rabat, which would be in addition to €130 million promised last year.

“We are very satisfied with our partnership with Spain,” Bourita told reporters on Monday as he stood by Spain’s foreign minister, Josep Borrell, who was on a one-day visit to Morocco.

Borrell said the funds provided to Rabat to date are “insufficient but more significant than in the past”.

“Morocco helps us. We are not giving the country gifts,” said Borrell, who is one of the candidates to become the EU’s next top diplomat. “It’s a cooperation that enables the two parties find a common interest.”

In a rebuke of what they call Europe’s “outsourcing of border controls”, activists and rights groups have in the past criticised Morocco’s way of treating migrants, who are often arrested and sent to southern cities, delaying their return to the north, where Spanish coasts are visible across the Strait of Gibraltar.

Last week, an Islamist parliamentarian from the city of Tiznit, where migrant push backs are rampant, complained to Morocco’s ministry of interior affairs in a written letter about the “negative effects” of these policies on the city.

“These Africans will live for several days in dire humanitarian conditions before leaving the city and return to the north, repeating the same journey, only to return and beg in the streets of Tiznit,” wrote Justice and Development Party’s Brahim Boughaden.