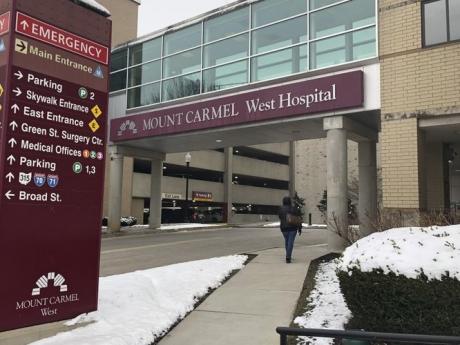 COLUMBUS, Ohio (AP) — An Ohio critical-care doctor was arrested and charged with murder Wednesday in the deaths of 25 hospital patients who authorities say were deliberately given overdoses of painkillers.

The charges against Dr William Husel, 43, represent one of the biggest murder cases ever brought against a health care professional in the U.S.

He pleaded not guilty to 25 counts of murder, and a judge set bail at $1 million.

Husel was fired from the Columbus-area Mount Carmel Health System in December and stripped of his medical license after the allegations against him began to surface.

An internal hospital investigation found that he had ordered potentially fatal drug doses for dozens of patients over his five years at the hospital.

A lawyer for Husel has said he did not intend to kill anyone.

Though many of the patients were seriously ill, hospital officials said some might have improved with treatment, and police Sergeant Terry McConnell said none of the families who talked with police believed that what happened was “mercy treatment.”

Franklin County prosecutor Ron O’Brien said there are no plans to charge any other staff members.

More than two dozen wrongful-death lawsuits have been filed against the doctor and the hospital system.

Mount Carmel has publicly apologised and settled some of the cases for hundreds of thousands of dollars.