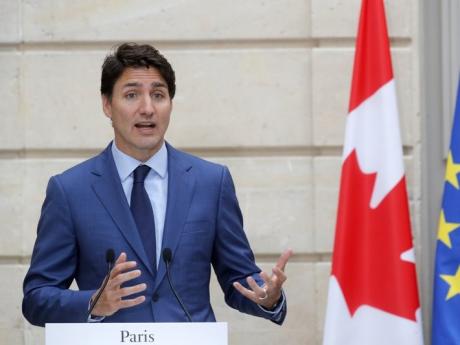 Trudeau said his government is drawing inspiration from the European Union’s Parliament, which voted overwhelmingly in March to impose a wide-ranging ban on single-use plastics to counter pollution from discarded items that end up in waterways and fields.

Legislatures of the EU member states must vote on the measure before it takes effect.

“Many other countries are doing that and Canada will be one of them,” Trudeau said.

Less than 10 percent of the plastic used in Canada gets recycled.

The government said that 1 million birds and over 100,000 sea mammals worldwide are injured or die each year when they mistake plastic for food or become entangled.