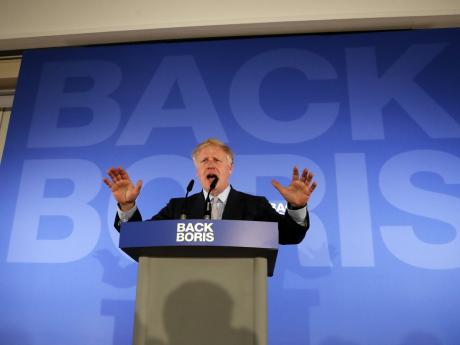 LONDON (AP) — The flamboyant, divisive Boris Johnson took a commanding lead Thursday in the contest to become Britain’s next prime minister, winning by far the largest share of support in the first round of voting by Conservative Party lawmakers.

Johnson, a former foreign secretary and leading Brexit campaigner, secured 114 of the 313 votes cast by Conservatives in the House of Commons, a ballot that reduced the field of candidates from 10 to seven.

The result exceeded the expectations of Johnson’s team and makes him almost certain to be among the final two candidates who will be put to a vote of 160,000 party members nationwide.

The winner will become both the new Conservative Party leader and Britain’s next prime minister.

The contest is dominated by the issue of Britain’s stalled departure from the European Union, with all the contenders promising to succeed where departing Prime Minister Theresa May failed and lead the country out of the bloc.

May quit as party leader last week after failing to secure Parliament’s backing for her Brexit divorce deal.

Britain’s EU departure was originally due to take place on March 29 but has been delayed to October 31 because of the political deadlock in London.